IPL 2022: MS Dhoni Gets His Timing Right One Last Time

by Minerva
in Uncategorized
0 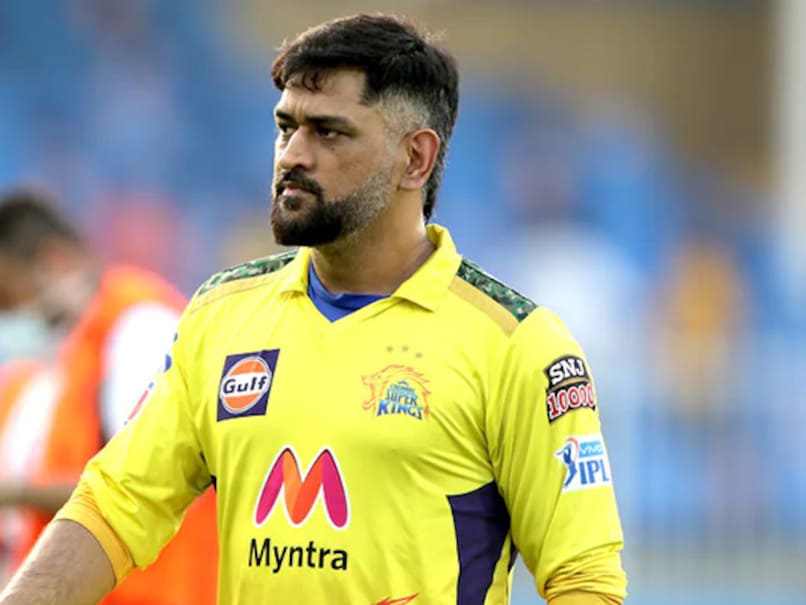 MS Dhoni has led CSK to four IPL titles in 12 years as their captain.© BCCI/IPL

If Chennai Super Kings is a film, then MS Dhoni is its screenplay writer, director, main protagonist with a fine producer in N Srinivasan, who believed in his man’s vision implicitly. But after 14 years, for the first time, the word captain won’t be associated with Dhoni as he relinquished leadership duties with a sporting entity which had become a part of his identity. CSK CEO Kasi Viswanathan has told everyone in media that it was Dhoni’s own decision and one should respect it.

It couldn’t be more accurate as cricket historians curating stories on IPL and art of T20 captaincy, may be a decade from now on will have two distinct eras — ‘BD’ and ‘AD’ — Before Dhoni and After Dhoni.

The only time one saw Dhoni with moistened eyes in a public gathering was in 2018 when CSK made a comeback in the IPL. Boy, he was emotional and the connect was visible. He is Chennai’s own ‘Thala’, who can never go wrong. He is a captain of their soul, they believe he is ‘Invictus’ (Unconquerable) and why not? No IPL franchise has been a part of nine IPL finals in 12 editions (Remember, they were suspended twice).

His art of captaincy is based on two basic traits — common sense and instinct. The common sense was about never making games of T20 cricket too complicated while setting a template and consistent set-up in order.

The instinct part came with a clear idea of which player can perform specific roles and what is it that he is looking in them? A lot of guts and some amount of game sense. He never relied on analytics, long and winding team meetings, ‘team catalyst’, baseball coach as power hitter and fancy terms.

That’s why he relied on tried and tested international players and customised a few home grown himself. Whether it’s Dwayne Bravo or Faf du Plessis, or Josh Hazlewood or the likes of Suresh Raina, Ambati Rayudu, Jadeja or Ruturaj Gaikwad, they were picked based on specific roles that they could perform year after year.

He understood that Deepak Chahar can get wickets in Powerplay and Shardul Thakur is a utility man. He understood Moeen Ali could hit sixes on slowish track and the fast off-breaks at times will be helpful. If CSK was madness, Dhoni was its method.

Had Dhoni wanted to continue, he would have done that even this year too and no one would have even bothered.

But that exactly is where Dhoni is different. The case of perfect foresight.

CSK management (read N Srinivasan) still wouldn’t have mind had Dhoni been ready to lead the ‘Canary Yellows’ for the 191st time in the league and not be concerned about his batting form which has been on the wane for at least six years now.

But that’s what makes MSD special. For him, there is nothing more important than CSK’s interest and the decision is taken from a more pragmatic space rather than an emotional one.

There are a few things that one needs to be crystal clear about even as the captaincy is handed over to Ravindra Jadeja, who has never ever even captained Saurashtra at the Ranji level.

Dhoni is leaving “captaincy” but not for once relinquishing “leadership” role. The designation will belong to Jadeja as he is groomed for the role but the brain and the baton will still be with the man from Jharkhand with ‘salt and pepper sideburns’.

So why did Dhoni decide to quit two days before CSK’s first match when no one was complaining if he would lead the side for one more year? Months shy of his 41st birthday, maybe he has realised that it is not possible to play IPL to IPL with nothing in between the 14 to 16 high intensity T20 games annually.

His routine during the 2020 and 2021 IPL is to arrive in Chennai (this time it was Surat) at least six weeks prior to the commencement of IPL and do hard intense training with nets and fitness.

He must have realised that he might just not be in peak physical condition to play all games this time and hence the grooming part needs to start now.

The logic is simple, if Dhoni isn’t playing all games, it is better they choose a different leader.

This natural progression of leadership would have featured Suresh Raina had he not lost form completely and hence the next most dependable lieutenant Jadeja is being entrusted with the duty with Dhoni still an active player.

In this season when Dhoni takes periodic breaks, it is expected that Rayudu will keep wickets.

The 114 runs that he scored in 16 IPL games for CSK last season is an indicator that with Raina and Rayudu also not getting any younger, Dhoni during the upcoming season needs to look at options.

He will be helping out Jadeja ease into the role. He will be that ‘Player-Manager’ with ‘Manager’ taking precedence over ‘Player’.

How to Earn Upto $1000 per month from Microworkers